About the Law Offices of Richard A. Jaffe, LLC

If you were injured at work or suffered a disability that has put you on the sidelines, we want you to consider the Law Offices of Richard A. Jaffe, LLC. Before you hire an attorney, you will need to know about the firm - about our experience, knowledge of the law and history of successful case results.

We handle all workers' compensation and Social Security disability cases on a contingency fee basis. Our firm gets paid only if Mr. Jaffe wins benefits for you or prevents the company insurer from changing or stopping your benefits.

Attorney Richard A. Jaffe encourages injured workers to visit our office for a free initial consultation, where you can learn about your rights and gain an understanding of the law and what your employer and its insurer must do for you according to the law. We have been aggressively representing the rights of injured workers for more than 35 years - and we are here to fight for you. 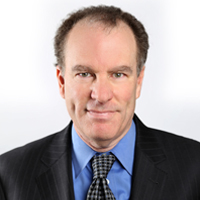 With more than 35 years of experience handling more than 1,000 claims, attorney Richard A. Jaffe has what it takes to pursue a claim through to its conclusion. Richard has a hard-earned reputation for being a strong advocate for workers. This reputation has garnered him acknowledgement within the legal profession, including being selected to the Pennsylvania Super Lawyers list each year between 2006 and 2017.

Before starting this firm, Richard A. Jaffe served as an associate for eight years at a prominent center-city insurance defense firm. He represented injured workers and workers' compensation insurance companies alike. Even then, he gravitated toward helping injured workers.

As a result of representing both sides, he was able to learn how insurance companies handle workers' compensation claims, and he uses this knowledge to better represent injured workers in their current claims.

Mr. Jaffe has handled well over a thousand cases on behalf of injured workers in southeastern Pennsylvania and southern New Jersey. He has been selected for inclusion in the Pennsylvania Super Lawyers list for 12 years in a row. Additionally, Richard Jaffe was selected by his peers for inclusion in the 2015, 2016, 2017, and 2019 editions of The Best Lawyers in America© in the field of Workers' Compensation.