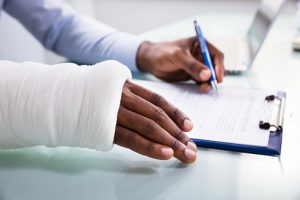 Workplace accidents are an unfortunate reality for many workers employed in the Philadelphia area. Certain work sites and occupations are inherently dangerous. While not all workplace hazards can be avoided, it is important for workers to be aware of the common risks they face. This can save significant costs in medical bills, lost wages, physical therapy and rehabilitative services, pain and suffering, and other devastating losses.

Some workers are forced to change positions - or even careers - as the result of permanent injuries sustained in a workplace accident. With awareness, safety training, and effective accident prevention strategies, workers can reduce their chances of suffering devastating consequences.

The Statistics on Workplace Injuries

The Bureau of Labor Statistics is tasked with maintaining all sorts of information about employment in the United States. This includes statistics on workplace injury rates, days spent away from work, occupational rates of injury, and similar facts. Based upon the incidence rate (per 100,000 workers) and total number of cases, the BLS is thus able to rank the most common types of reported injuries sustained by workers in the United States. Madison.com reports on the eight types of injuries that were most common in the American workplace in 2016.

Sprains, strains and tears were the injury most commonly reported by American workers in 2016. Such injuries are commonly caused by overexertion (and the body's reaction to such taxing events). They can be especially common in physically demanding job sites such as restaurants, construction sites, athletic programs, and similar activities. More than 400,000 cases of job-related sprains, strains and tears were reported across the United States in 2016.

The next most common was the omnibus category of non-specified injuries and disorders. These injuries generally involved soreness and swelling, and these, too, are symptoms typically caused by overexertion. Third were contusions (the medical term for bruising), which affected nearly 100,000 American workers in 2016. The fourth most common injury was fractures. These typically occur as the result of a slip, trip or fall. Lacerations (the medical term for cuts) came in fifth, affecting nearly 90,000 workers across the country. Like fractures, lacerations often resulted from contact with an object or equipment.

Concussions were the sixth most common injury workers in America suffered in 2016. While there were just under 20,000 cases reported to the BLS, the number is nonetheless concerning due to the nature of the injury. Concussions are evidence of trauma to the head that was severe enough to impair brain function. Mild concussions can resolve themselves, but more serious symptoms can be indicative of serious neurological conditions. Severe brain injuries may render a victim permanently unable to work or care for his or her own daily needs.

Punctures (excluding gunshot wounds) were the seventh most commonly reported injury, and these too were usually the result of contact with an object or equipment in the workspace. Thermal burns were the eighth most common injury. These are burns which occur as the result of heat (as opposed to chemicals or other causes). Kitchen workers, welders, and others who commonly work with heat sources can be at an increased risk of suffering a job-related burn.