Can a Heart Attack On-the-Job Lead to a Philadelphia Workers' Comp Claim? 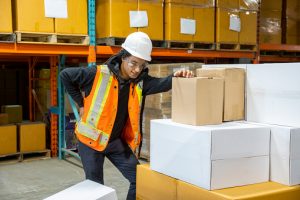 Many people know they can make workers' compensation claims in Philadelphia if they get hurt in an accident at work. It is clear when someone suffers a fall or gets struck by an object on-the-job that his injuries are work-related.  Victims can also make claims for injuries occurring outside work hours that are caused by work duties, such as repetitive stress injuries or illnesses they develop because of their work.

While "workers' compensation" applies broadly to the benefits provided for virtually all work-related injuries and illnesses, there are some cases where it becomes more complicated to prove a worker should be entitled to benefits. This primarily happens when an employee gets sick or experiences a medical problem which could have multiple causes, but the worker claims is job-related.

One recent example of a more complex case reported on by Safety News Alert involved a worker who died of a heart attack.

Safety News Alert told the story of a press operator for an airport facility which supplied glycol to de-ice plane wings. The facility both provided the essential de-icing material and also filtered the material out of the airport's drainage water. The functions provided by the facility were of essential importance to keeping the airport operating.

One cold December day, the press operator was called to work because of a frozen valve.  The malfunctioning valve was preventing the delivery of the essential glycol and needed to be fixed right away. The press operator and his co-workers were under substantial pressure.

This case illustrates the difficulty of proving a heart attack or other physical ailment is work-related when the cause of the condition may not be fully known and when there is not a very clear link to job tasks. A specialist in diagnostic cardiology had to be called in to prove the link in this case, and even with this expert testimony it still took multiple appeals for the widow to get the workers' compensation death benefits to which she was entitled after her husband's death.