Home > Blog > What Happens When a Philadelphia Independent Contractor Gets Hurt at Work?

What Happens When a Philadelphia Independent Contractor Gets Hurt at Work? 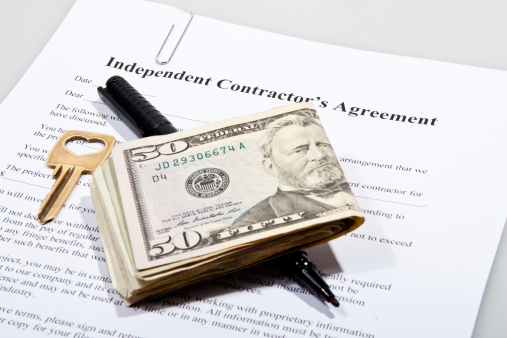 Workers' compensation allows an employee to get benefits for an on-the-job injury even if an employer doesn't contribute to causing the injury and isn't negligent. An employee doesn't have to sue and prove liability, but can make a workers' comp claim to get benefits including disability income and medical bill payment.

Being able to make a workers' comp claim is very important if you get hurt at work. The good news is, Pennsylvania law has applied pretty broad protection to workers and there are many situations where employers have to provide coverage even if someone might be considered an independent contractor.

According to the Pennsylvania Department of Labor and Industry, "A worker is considered to be an employee unless proven otherwise." In order to prove you are not an independent contractor, the employer has to show that you had control over the time, place, and manner of the work that you were performing and that you were customarily engaged in an independently established trade.

The Construction Workplace Misclassification Act (Act 72) imposes additional requirements if someone in the construction industry is going to be classified as an independent contractor in order to ensure that more construction professionals are properly covered by workers' compensation.

If you weren't classified correctly, you should talk to an attorney as soon as possible after an injury about what your employer's misclassification means for your right to compensation. You should ensure you get legal help even if your employer was not negligent and you don't have a personal injury claim under traditional tort law.

There are also other situations where someone who might customarily be considered an independent contractor can be covered by workers' comp.

In a case called Six L's Packing Company v. Workers' Compensation Appeal Board the court held that section 302(a) doesn't just apply only if the injury happens while the contractor is on a premises owned or controlled by the statutory employer. If the subcontractor is doing work or preforming services that are a regular or recurrent part of the company's business, then the company can be responsible for providing workers' compensation coverage no matter where the injury happens.