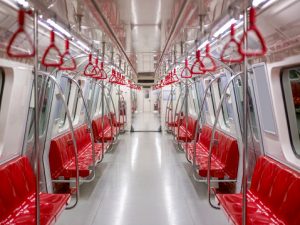 Workers in the transportation industry face many hazards inherent to the nature of their work. Unfortunately, lax safety practices can increase these risks and expose workers to unnecessary danger.

Death on a Pennsylvania Railway

Lax safety practices reportedly lead to the death of two railway maintenance workers outside of Philadelphia in April 2016. According to U.S. News and World Report, the maintenance crew foreman committed a series of safety violations which placed his crew on the same track as an Amtrak train traveling to Savannah, Georgia at more than 100 miles per hour. He did not ask a dispatcher to route trains away from the track where his crew was working, nor did he have a device meant to keep trains off the same tracks as maintenance crews (despite the fact that Amtrak rules required its use). In all, investigators from the National Transportation Safety Board identified more than two dozen safety issues in the crash. This was reported be far more than are found in most crash investigations.

The investigation also raised important questions about safety practices within Amtrak's corporate culture. Workers told federal investigators that Amtrak emphasized on-time performance over safety. The chairman of the NTSB claimed that Amtrak had a culture of fear and noncompliance with safety rules, which encouraged workers to take shortcuts in order to "get the job done." The claims were, in fact, so persuasive that Amtrak took many steps to reform its company culture and safety policies in the wake of this accident. The company hired a new head of safety, compliance and training. It also implemented an improved worker protection training program. Workers were notified of these changes and existing safety rules.

This tragic accident highlights the danger transportation workers can be subjected to as a result of a company culture that fails to emphasize safety. The family of one of the workers killed in the Amtrak accident is suing the company for negligence, and their lawyer reports that they can only hope that the tragedy results in "wholesale changes" of the safety culture at Amtrak.

When a company culture places an employee at an increased risk of injury, that company may be found to be liable (legally responsible) for injuries which occur as a result. Liability also imposes a legal obligation to compensate the injury victim for his or her financial losses. Injured workers may have access to compensation through workers' compensation coverage or an employer's liability insurance policy. Workers who suffer permanent injuries may also be entitled to disability benefits through Social Security Disability Insurance (SSDI). The compensation to which a worker is entitled will depend upon the exact nature of the accident that occurred and the injuries that were sustained. A Philadelphia workplace accident attorney can help injured workers determine their eligibility for workers' compensation, disability programs and other ways to rebuild their lives.