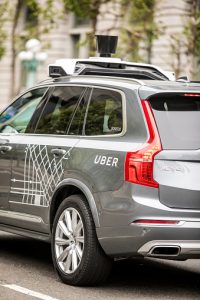 Uber is launching a pilot program that charges nearly 4 cents more per mile to its ridership in exchange for being able to offer driver access to a work injury insurance program. The program is being tested in Pennsylvania and seven other states and may be expanded based on its success in these markets.

The move could set a precedent for others in the so-called "gig economy" that would not otherwise be entitled to such protections.

The Pennsylvania Workers' Compensation Act, coded under Title 34 Labor and Industry, employers are required to maintain workers' compensation coverage, but this protection does not extend to independent contractors. Although there have been ongoing disputes as to the classification of ride-share industry drivers, the company has insisted they are independent contractors: Drivers set their own schedule, choose which fares they will accept and use their own vehicles.

There is some overlap with regard to insurance coverage. Uber provides liability insurance when the vehicle has an active fare and when the driver is responding to a call. However, workers' compensation - no-fault coverage for injuries sustained while on-the-job - is not something that has been extended.

According to The Philadelphia Inquirer, Uber will be increasing its rates and giving drivers the opportunity to opt in to the additional coverage, which will provide an injury protection insurance, similar to PIP benefits.

PIP, or personal injury protection, is a type of no-fault insurance coverage that covers medical bills and sometimes a portion of lost wages related to a crash.

The Driver Injury Protection benefits Uber drivers would receive under this plan would include:

This is the first-of-its kind program in the on-demand economy, so its likely many other companies will closely be watching its success. The insurance will be provided by Aon and OneBeacon.

Even though rideshare drivers are not extended workers' compensation, they have one of the most dangerous jobs.

The Bureau of Labor Statistics ranks driver/ sales workers as the ninth-most dangerous profession. The biggest risk, of course, is accidents. Constantly being on the road increases the chances of crash-related injuries. However, these workers are also at heightened risk of workplace violence, given that they work closely with the public and often at night and in isolation. That puts them at higher risk for robbery, assault and other crimes.