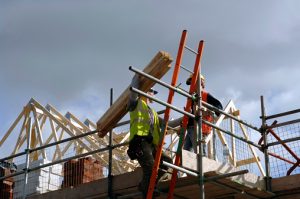 Construction workers have a highly dangerous job that requires skill and lots of safety training. One small error can result in injuries to another worker, sometimes even multiple workers. At worst, a worker can be killed on the job. That's why untrained workers have been a cause for concern.

The concerns of construction leaders

In a survey conducted by USG Corp. and the U.S. Chamber of Commerce, more than 2,700 construction leaders expressed safety concerns, presented in the Commercial Construction Index for the third quarter of 2018.

When asked about construction schedules:

When asked about drug and alcohol use on the job:

54 percent expressed general concern about marijuana use The Occupational Safety and Health Administration (OSHA) reports a total of 4,693 private industry work fatalities in 2016, with roughly 21 percent (991) happening in construction. Most of these deaths were attributed to the "fatal four," which include:

Having highly skilled workers can go a long way toward preventing devastating work accidents. However, if the errors of an untrained or unskilled worker resulted in your injury, you may be eligible for workers' compensation benefits.

An experienced attorney at the Law Offices of Richard A. Jaffe, LLC can help guide you through the process and ensure that you are treated fairly. We have decades of experience helping injured construction workers maximize their benefits so they can afford to make ends meet while spending time away from work. Contact us today to schedule a free consultation.