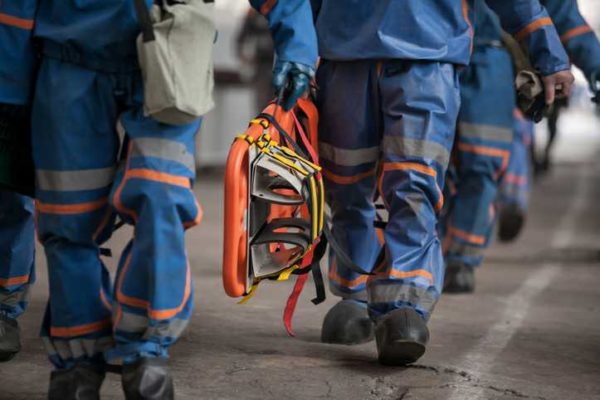 Pennsylvania volunteer EMS (emergency responders) would get workers’ compensation insurance for injuries suffered during all work-related activities. That is if a proposed new bill is passed.

The Pennsylvania General Assembly is considering expanding workers’ compensation for these volunteers in Senate Bill 94, according to The Citizens’ Voice of Wilkes-Barre, Pennsylvania and EEMS1.com.

Workers’ compensation is coverage that is meant to help protect the financial wellness of a worker who was injured on the job through no fault of their own. Worker's compensation is paid by the employer's workers’  compensation insurance. In this case, that would be the city, town or regional authority in Pennsylvania for which volunteer EMS workers and firefighters provide services.

When someone is injured while working and accepts workers’ compensation insurance, they are surrendering the right to sue their employer. That's an important point. Workers’ compensation laws were established not only to provide lost wages and medical care for employees. They also to protect employers from getting sued.

How would the new bill benefit volunteer workers?

Frank Zangari is Girardville fire chief and president of Schuylkill County Fire Chiefs in Pennsylvania. He said the volunteers put in an “enormous” amount of time to keep fire station doors open and in performing other duties beyond going into burning buildings and on rescue calls.

State Sen. Lisa Baker, a Republican who represents Pennsylvania’s 20th District, cosponsored the bill. The state has many volunteer emergency responders, she said, and whether they’re responding to a call or working at the annual bazaar, they’re still performing duties as part of those functions.

“I believe that we should be extending that important coverage because they’re protecting our lives,” Baker said.

The bill was sparked when a volunteer sustained injuries at a fundraising event for a fire company. The volunteer was worried about getting workers’ compensation because the injury didn’t happen while responding to a call, Baker said.

Under the bill, volunteer EMS responders and firefighters injured in duties on state game land will be considered employees of the Pennsylvania Game Commission.

A small price to pay?

The bill would add to the number of employees eligible for workers' compensation coverage. That probably would increase the cost to municipalities of providing workers’ compensation.

The bill comes as the number of volunteer EMS providers and firefighters in Pennsylvania has been dwindling.

The legislature formed a committee to study the decline in volunteers. According to the committee’s report, the state had 300,000 emergency response volunteers in the 1970s. That dropped to 38,000 in 2018.

The law required all employers in America to provide workers' compesnation insurance by 1949.

Contact the Law Offices of Richard A. Jaffe in Philadelphia, Pennsylvania today for help with workers’ compensation cases and issues of job-related injury or illness.