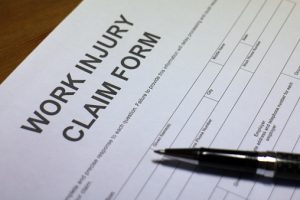 A state appeals court has upheld a Pennsylvania workers' compensation award to an employee at Nestle who alleged he suffered Legionnaires' disease after exposure to contaminated water at work.

The employee had worked for the country since 1994, mostly performing maintenance work on the beverage machines. Although the employee in question was typically based in the New Jersey office, he performed much of his work in Pennsylvania.

The case highlights the ways in which claims for workers' compensation benefits involving a work-related illness can be more challenging in terms of proving causation than claims for work-related injuries. In this case, tracing a clear causal path from a dangerous work condition to workers' illness was critical.

According to court records, plaintiff began to suffer flu-like symptoms in the summer of 2013. He sought treatment at a local hospital, where he fell into a coma. He was ultimately diagnosed with Legionnaires' Disease, which is a type of severe pneumonia caused by exposure to water containing a bacteria called Legionella. It is treatable but it requires, but requires prompt medical attention.

After he emerged from a coma, plaintiff was transferred to an in-patient rehabilitation treatment center, from which he was released several months later. His workers' compensation attorney reports he has suffered severe long-term disability. Specifically, he sustained a brain injury as a result of treatment he received for the illness, which has affected his speech and rendered him unable to care for basic daily functions without assistance. He also must use a wheelchair.

A personal representative filed a claim for workers' compensation on his behalf, arguing plaintiff was exposed to contaminated water while he worked on the fountain drink machines. His employer vigorously denied this, and argued plaintiff was unable to prove his illness was the result of exposure to the disease while at work.

Employer appealed, arguing the ruling wasn't adequately supported by the evidence, and the judge had failed to offer an explanation for why he gave more credit to plaintiff's witnesses than defense's. Further, employer ruled the judge unfairly overlooked key evidence.

Ultimately, a three-judge panel for the Commonwealth Court of Pennsylvania affirmed the decision to award benefits. The panel noted plaintiff's doctor gave competent and unwavering testimony regarding the most likely source of plaintiff's illness. Further, the workers' compensation judge provided ample reasons why he gave more weight to this testimony than defendant's.

However, this may not yet be the end of the story. An attorney for defendant employer released a statement indicating the company was disappointed in the court's ruling and the business is weighing the possibility of an appeal to a higher court. The company continues to maintain plaintiff's condition isn't related to his work.

As this case highlights, it is imperative to have ample, competent testimony, usually from expert witnesses, to help solidify your right to workers' compensation benefits. This is often particularly true in cases where the condition prompting the claim is an illness, as opposed to an injury.