Workers' Compensation for Philadelphia Nurses Who Are Assaulted On the Job 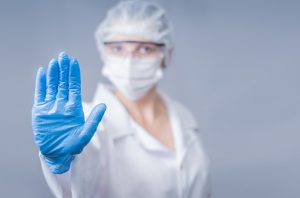 Nursing is quickly becoming one of America's most dangerous professions. Every day, nurses face physical and verbal assaults from aggressive family members and violent patients. Many simply consider this reality an unavoidable part of the job.

However, no worker should be subjected to abuse in the workplace. Worker's compensation in Philadelphia is available for both physical and emotional injuries sustained on the job.

Many Cases of Violence to Nurses

The recent high-profile case of Utah nurse Alex Wubbles caused public outcry. Wubbels, who according to CNN refused to let a police detective draw blood from an unconscious patient, was forcibly detained before being released without charges. The arresting detective, who failed to obtain a proper warrent, forcibly removed Wubbels from the facility after she and her supervisor explained the hospital policy. Yet in spite of the public backlash at Wubbels' mistreatment, this is a sadly common situation for many nurses on the job. Philly.com reports on a Massachusetts emergency department nurse who was repeatedly stabbed by a patient who was unhappy with his medical care. It also reports that two nurses in Geneva, Illinois were taken hostage by a patient who was also a prison inmate. One nurse was beaten and sexually assaulted at gunpoint before being released. In contrast to these cases, the physical removal of Nurse Wubbles caused relatively little physical damage. What is, perhaps, more troubling about her case was the fact that she was assaulted by the very department which was supposed to protect nurses from such attacks.

So what is to be done about the vast number of attacks on nurses?

In the Utah case, Salt Lake City officials - including the mayor, the City Council, and the Police Department, apologized to the attacked nurse. The Police Department also placed the involved detective and another employee on administrative leave pending the outcome of the Department's internal investigation. Unfortunately, none of these measures will undo the damage to public trust in law enforcement, and they cannot guarantee that such incidents will not happen in the future. More concerning, such attacks on nurses are far from uncommon. The Government Accountability Office reports that workplace violence in healthcare and social assistance settings is five to twelve times higher than overall rates of violence in the workplace.

Like other employees, nurses are entitled to be compensated for injuries they sustain on the job. Title 77 of the Pennsylvania Statutes establishes injured workers' rights to compensation, sets forth the procedure for obtaining a workers' compensation judgment, and enacts other provisions to protect the legal rights of injured workers. The Act even establishes an Uninsured Employers Guaranty Fund. This ensures that even employees whose employers do not carry worker's compensation coverage can be compensated for injuries sustained on the job. It is important to seek legal advice about any injury, illness, or crime which occurs on the job. An experienced workers' compensation attorney will ensure that Philadelphia nurses receive full and fair compensation for their job-related injuries.