Workplace Fatigue is a Real Struggle for Too Many Americans 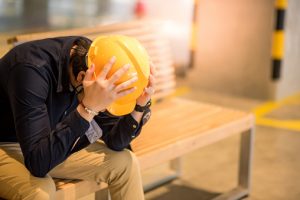 The National Safety Council recently conducted a survey of more than 75,000 people to examine the effects of fatigue in the workplace. This survey found that, though fatigue affects us all at one point or another, there are some who have a higher risk of fatigue than others given their lifestyle or occupation.

New parents, for example, are often sleep-deprived as they wake multiple times throughout the night. Night shift workers or those whose work hours change drastically on a regular basis are often fatigued, as are those who work multiple full-time jobs.

It's not just night shift workers and new parents who are struggling to get proper sleep. Roughly 35.3 percent of adults surveyed who worked the typical 9-5 schedule experienced symptoms of fatigue as well. This means that even those who have the ability to get adequate sleep every night may find themselves fatigued.

There are many reasons for an employees to be sleep-deprived, but regardless of the reason, fatigue resulting from a lack of sleep has a real and lasting effect on the workplace. Workers who are fatigued have slower reaction times. They are more likely to make mistakes that can lead to accidents.

When it comes to sleep, even missing a couple of hours throughout the night can have a negative effect on you. According to the article, "losing even two hours of sleep from a normal eight-hour sleep schedule is similar to the effects of drinking three beers." That means a person who has had even five hours of sleep the night before would have the mental agility of someone who was intoxicated.

How can we prevent fatigue in the workplace?

When employees become fatigued, they increase the risk of harm to themselves and others. While many try to remedy their fatigue through the use of caffeinated beverages, exercise or even splashing cold water on their face, none of these methods actually work in the long term. The only true cure for fatigue is adequate sleep.

A lack of sleep can have lasting effects on us mentally and physically. If you were injured in a workplace accident due to fatigue - whether yours or another employee's - contact Richard A. Jaffe today and find out how we can help you.